Definitions of the terms below are provided on this page:

[An RTOS] is an operating system (OS) intended to serve real-time applications that process data as it comes in, typically without buffer delays. Processing time requirements (including any OS delay) are measured in tenths of seconds or shorter increments of time.  A real-time system is a time-bound system which has well-defined, fixed time constraints. Processing must be done within the defined constraints or the system will fail. They either are event-driven or time-sharing. Event-driven systems switch between tasks based on their priorities, while time-sharing systems switch the task based on clock interrupts.  Most RTOSs use a pre-emptive scheduling algorithm.

CorrelaTTor means a software platform from SafeTTy Systems that is used to implement a TT System.

CorrelaTTor platforms are designed for used in single-processor embedded systems. 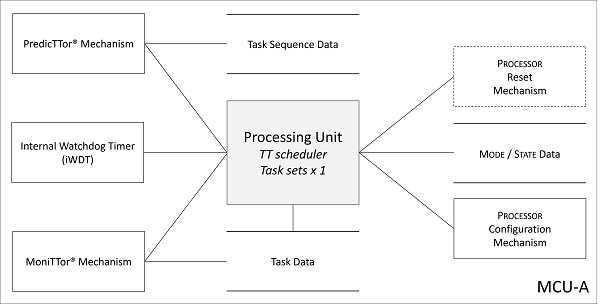 CorrelaTTor platforms are typically used in designs that need to support safety requirements up to ‘SIL 3’, ‘ASIL D’ or equivalent.

A simple CorrelaTTor design is illustrated in our public code example TTRD2-19a.

DuplicaTTor means a software platform from SafeTTy Systems that is used to implement a TT System.

DuplicaTTor platforms are designed for used in dual-processor embedded systems.

DuplicaTTor platforms are typically used in designs that need to support safety requirements up to ‘SIL 3’, ‘ASIL D’ or equivalent but can be used to meet ‘SIL 4’ or ‘Level A’ requirements.

Further information about DuplicaTTor platforms is provided in our ERES2 book.

Time-sharing operating systems schedule tasks for efficient use of the system and may also include accounting software for cost allocation of processor time, mass storage, printing, and other resources.

For hardware functions such as input and output and memory allocation, the operating system acts as an intermediary between programs and the computer hardware, … although the application code is usually executed directly by the hardware and frequently makes system calls to an OS function or is interrupted by it.  Operating systems are found on many devices that contain a computer – from cellular phones and video game consoles to web servers and supercomputers. 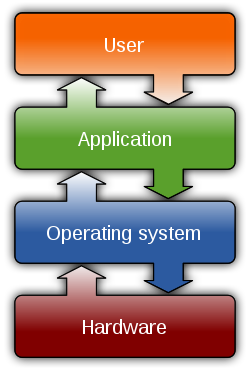 We receive several enquiries a year from organisations that have experience developing embedded systems using a general-purpose OS (typically Linux™) and now need to demonstrate compliance with international safety standards (such as IEC 61508 for an industrial-control product or ISO 26262 for an automotive product).  In these circumstances, we recommend that the organisation concerned considers the use of a TT Wrapper.

Use of a MoniTTor is illustrated in our public code example TTRD2-19a.

PredicTTor means a run-time monitoring component that is used in a TT System to confirm that all tasks are being released in accordance with the scheduled that was modelled at design time (using a Tick List).

Use of a PredicTTor is illustrated in our public code example TTRD2-19a.

Tick List means a representation of the expected order of task releases from a TT System when operating in a particular Mode: a system will often support multiple Modes (each represented by a different Tick List).

By means of a Tick List, various aspects of system behaviour can be determined (such as maximum CPU load, response times and task release ‘jitter’).

Further information about modelling TT Systems with Tick Lists is provided in our ERES2 book and on our TTb training course.

TT System means a system that involves the release at least one set of (software) tasks in accordance with a pre-determined schedule.

In the majority of TT Systems created by SafeTTy Systems, the design is based on a set of periodic tasks; release of these tasks is controlled and monitored using a CorrelaTTor or DuplicaTTor software platform.

We explore the differences between TT Systems and designs based on a Conventional RTOS on our Technology page.

TT Wrapper means a form of TT System that it used as a monitoring unit in order to improve confidence in the safe operation of a (pre-existing) complex component or system.

A TT Wrapper can be used to improve confidence in the safety and reliability of a system that employs a General-Purpose OS (such as Linux™), allowing the creation of ‘ASIL B Linux’ for use in automotive designs (for example).

TT Wrappers can also be used in medical devices (developed in accordance with IEC 62304 and related standards) that involve the use of ‘SOUP’ (Software Of Unknown Provenance). 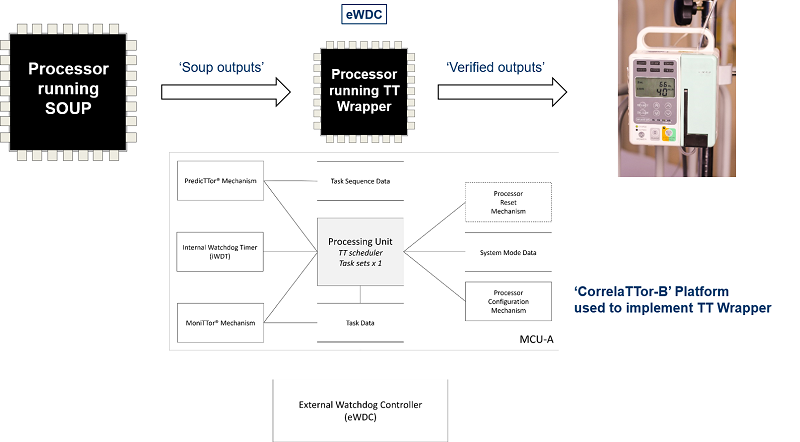 Further information about TT Wrappers is provided on our Technology page.